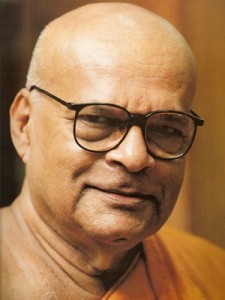 In 1961, Venerable K. Sri Dhammananda, the abbot of the Buddhist Maha Vihara forsee the need to establish an organization to propagate the message of the Buddha to the masses. Backed by a group of fervent Buddhists, the Buddhist Missionary Society was consequently registered on 3 April 1962 entrusted to spread the dhamma.

Among others, the objectives of BMSM are to propagate and promote the teaching of the Buddha; to print Buddhist literatures and organize religious lectures; to render spiritual assistance and acquire immovable property for the use of the Society for achieving its aims and objectives.

In 1996, following an amendment to its Constitution, the Society adopted its new name of “Buddhist Missionary Society Malaysia” (BMSM), thus joining the ranks of national Buddhist organizations.

To date BMSM has more than 10,000 members throughout the country compared to 27 members when it first started.

Our Founder and spiritual director

The propelling force behind BMSM is its founder and spiritual director, Venerable Dr. K. Sri Dhammananda Nayaka Mahathera. A world-renowned Buddhist monk and scholar, Venerable Dhammananda has written more than 70 books on Buddhism, including the best-seller “What Buddhists Believe”, which has gone through several editions, innumerable reprints, and is available in more than 16 languages.

Under the leadership of the Venerable, the BMSM published and distributed many Buddhist books and booklets throughout the world.  The booklets in particular have enlightened thousands of people on the true teachings of the Buddha. Today, it remains one of the largest Buddhist publication house in Malaysia.

The beloved Venerable passed away on 31 August 2006.  Nevertheless, his missionary spirit shall continue.

BMSM, together with the Sasana Abhiwurdhi Wardhana Society (SAWS), played an active role in raising funds for the development of the Buddhist Maha Vihara in Brickfields, Kuala Lumpur.  Their efforts have culminated in the completion of the buildings such as International Buddhist Pagoda, Wisma Sri Dhamma, Wisma Dhamma Annex, and the new Sunday school building known as Wisma Dharma Cakra.

The BMSM also purchased an old cinema in Kajang and converted it into a Dhamma centre.  More than one hundred children are attending Sunday Dhamma classes in this centre.  Meanwhile, it also rented a premise in Kota Kemuning, for the Shah Alam Branch to provide Buddhist education for both adults and children. This branch had since shifted its operations to the newly completed Samadhi Vihara in Shah Alam, Selangor. 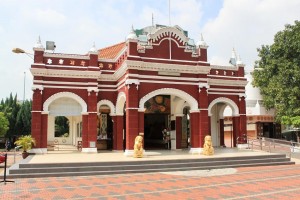 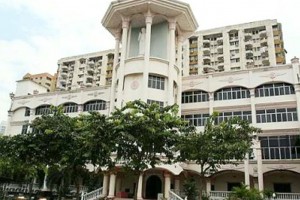 The latest project undertaken by BMSM is the development of Samadhi Vihara at Section U12, Bukit Raja, Shah Alam which began in late 2009.  The three storey building and Lotus Dome Shrine Hall a new landmark in Shah Alam/Klang is now ready and fully functional. All major Religious activities organized by the BMSM are now conducted at this Vihara. Please make regular visits to this new place of worship.

BMSM is an affiliate of the World Fellowship of Buddhists (WFB), an international NGO. It was instrumental in assisting the WFB Malaysia in organizing the 9th General Conference of the WFB in Kuala Lumpur and Penang in 1969. In December 2002, it again assisted the WFB Selangor Regional Center organize the 22nd WFB Conference in Malaysia. The BMSM also organized the first (2002) and fifth (2007) Global Conference on Buddhism.

Other programs included the New Full and Full Moon services, and Dhamma talks on Friday evenings and Sunday mornings. Its Ladies, Youth, Welfare and Meditation Sections have actively organised their own programmes to compliment the activities of BMSM.

With the completion of the Samadhi Vihara complex, we are now conducting similar programs on our own for the benefit of devotees in Klang, Shah Alam and nearby areas. 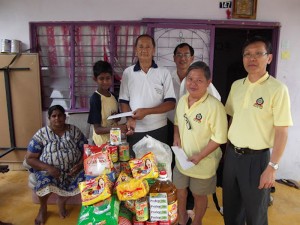 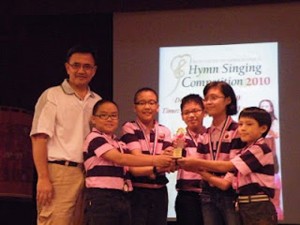 The BMSM, together with SAWS and Malaysian Buddhist Association (MBA), represent Buddhists in the Malaysian Consultative Council of Buddhism, Christianity, Hinduism, Sikhism and Taoism (MCCBCHST) that was formed in 1983 to promote inter-religious harmony in Malaysia. Besides this, BMSM is also an active member of the Malaysian Buddhist Consultative Council, a body comprising of five registered Buddhist Organisations to promote and propagate the Buddha Dhamma. BMSM is also involved in Inter-Spiritual Fellowship (INSaF), an organization formed to promote greater understanding amongst the major religions in Malaysia.

A Buddhist Monks’ Training Centre was established in 1976 at the Buddhist Maha Vihara in Brickfields Kuala Lumpur to train local Buddhists to become monks.

The Annual Buddhist Novitiate Program has been held regularly initially at the Buddhist Maha Vihara and now it is also being held at the Samadhi Vihara.

BMSM had been provisioned with a piece of land in Putrajaya to erect a Buddhist Centre to showcase our commitment towards the propagation of the Buddha Dhamma for all traditions of Buddhism in Malaysia. This project would probably take off once our Samadhi Vihara is fully functional.

BMSM may also look into the possibility of setting up a Care Centre for senior citizens at an opportune time.

Open to all individuals except Muslims.